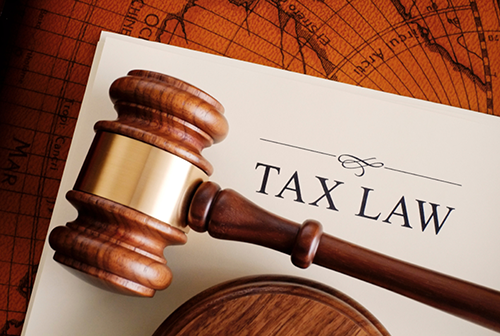 The home and office of a husband and wife business owners were raided by IRS CI based on allegations made by a disgruntled employee. The employee alleged all sorts of wrong doing within the company. The search warrant netted hundreds of boxes of records. The investigating agent chose to conduct the investigation by use of the specific item instead of indirect methods – Net Worth, Bank Deposits or Expenditure. The investigation lasted 4 years. Sage was hired by the attorneys representing the individuals and reconstructed their income and reconciled their returns to their books and records. Sage accessed the records seized by the IRS and scanned the meaningful records and organized them for further review. RESULT: Sage rendered its findings to the attorneys and after two years of waiting by the taxpayer IRS declined to recommend prosecution.

A car dealer leased expensive vehicles to individuals of questionable professions. The IRS CI investigated his business Form 8300 filed with the IRS. The IRS conducted an undercover operation and purchased a car. They let it be known that the buyer did not want any paperwork in his name, that the purchaser was purchasing the car for his girlfriend. They completed the transaction and the Form 8300 and a few weeks later the IRS CI returned and executed a search warrant and seized records and vehicles. Later they indicted four individuals including the owner, sales manager, a salesman and the collection manager. Sage was retained to assist as an expert witness for the defense. Sage analyzed the transactions and created a schedule of the Forms 8300 filed by the dealership. The trial consisted of the government parading a number of the individuals that leased the vehicles, most of whom had criminal records for drug and prostitution charges and some were in prison at the time. The IRS CI put up a Special Agent who analyzed the bank records. He did not analyze the sequence of Form 8300 chronologically. Sage testified as an expert witness as to the timeline of the Form 8300 filing and the fact that the collection manager was no more guilty of money laundering than the driver of a Brinks Truck who was hired to transport money. RESULT: Three of the four individuals were convicted and the Collections manager was acquitted.

A CFO and partner for a large small business hired a female employee in the accounting department shortly after the CFO became physically involved with the employee. Within six months, she was embezzling large sums of money from the company via credit card payments. The CFO allowed the employee to circumvent internal controls and the segregation of duties and he signed off on month ending documents that were supposed to account for the receipt and disbursement of funds of the company. Over the years, the female employee became demanding and controlling and the CFO did nothing to improve the situation. Ultimately, she got into a fight with an employee and was asked to resign, which she did. A closer review of the company records by the Controller revealed the female had a corporate credit card issued to her and had made over $200,000 in personal purchases for which the company paid. She was contacted and agreed to pay the money back and did. Two years later, Sage was hired to covertly investigate further and found that the female employee had a criminal record. It was determined that the CFO was still in a relationship with the female and was providing her with financial support. Sage found the CFO violated his fiduciary duties to the company and found that in the past the female employee paid personal credit cards with corporate funds in the amount of $1.4 Million. RESULT: The CFO was confronted regarding the continued relationship and confessed that he had given the female the money to repay the company the $200,000.  He resigned and the repayment of the additional credit card payments was withheld from his partnership interest.

A large family owned company employed a Controller and an Information Technology person and together they embezzled $350,000. The Controller was on the verge of retirement, never took a vacation and ruled with an iron fist. They stole the money over a period of 4 years during which the son of the owner was enrolled in college and studying accounting and finance to gain the knowledge to take over the family business. The owner’s noticed their bank account did not have the balance they thought should be present. They placed the Controller on paid leave after an altercation in the office. Sage was hired to determine what happened to their money and learned that the controller prepared and signed the checks issued by the company and he reconciled the bank accounts and destroyed the third-party invoices as they were paid. Sage inspected the bank account for checks over $1,000 and compared them to the QuickBooks transactions journal. Sage found an anomaly that the controller wrote checks to himself and the IT person and changed the payee name on QuickBooks to a draw from family members. A number of years were analyzed to find the extent of the embezzlement. Sage learned that the controller built a second home in Colorado and the IT person built a home in Texas with the stolen proceeds. RESULT: They were terminated and the case was presented to the local district attorney.