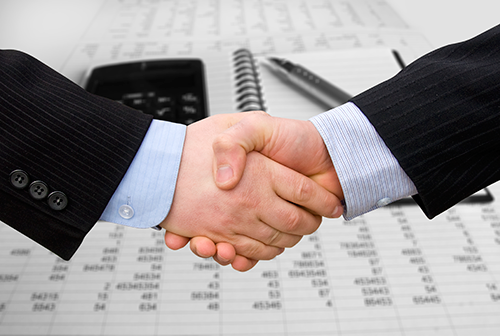 Ed Martin prepared and testified in deposition and an oil and gas arbitration in Evanston, IL. The operator of the Oil & Gas company sold limited partnerships to investors but did not produce any results so the investors requested to see the books and records of the company. The operator refused to produce the books and records and financial statement in direct violation of the limited partnership agreement. RESULT: The three-panel judges agreed with Martin’s presentation and findings that the Operator of the Oil and Gas Company ran a Ponzi scheme and damaged his investors.

CLIENT WINS DUE TO MARTIN’S TESTIMONY:

Ed Martin and Sage Investigations LLC were hired to analyze the bank account and related records of a real estate company and render a report and a damages calculation. Martin testified in deposition and at trial in Travis County District Court regarding a real estate matter involving the theft of fees . Martin’s testimony established the client’s loss at $370,000. RESULT: The jury returned with a guilty verdict and assessed the $370,000 loss and $1,000,000 in damages for the client.

Ed Martin and Sage Investigations were hired to analyzed the records of the client and to prepare a report and analysis. Martin investigated and later testified in an embezzlement scheme involving a flight center in Morristown, New Jersey. The one third owner/ manager in a period of eight years used four schemes to embezzle $2,200,000. RESULT: The arbitration judge agreed and the defense agreed that the partner had embezzled $1,700,000 from the partnership using four different schemes to steal money from the partners. The IRS Criminal Investigation prosecuted the partner for four years and unreported income of $870,000.

Ed Martin testified in deposition and trial in a vendor fraud and theft case in which a Round Rock Computer company had $10,000,000 stolen from the insider dealings of an employee and his two fraternity brothers. Martin testified in a deposition in the matter and later in a hearing. RESULT: Two of the three defendants settled the civil matter. The third defendant went to trial. Martin testified as to his findings and ultimately the judge found in favor of the computer company. The defendant was assessed $10 million in damages and $1.7 million in attorney fees. The case was later adopted by the IRS Criminal Investigation and the FBI and two of the three fraudsters were prosecuted along with a CPA return preparer and all were sentenced to prison.

Ed Martin and Sage Investigations were retained as the testifying expert on a Federal money laundering and controlled substance case. The purpose of the investigation was to assist in the criminal defense and required the recovery from 15 business outlets and recreate the sales database from the point of sale registers. The original database was corrupted and the sales database required the recreation of the daily sales of individual products to defend the client from the charges to consumers. RESULT: The defendants went to trial in Federal court and were found not guilty.

Ed Martin was retained as the testifying expert in an embezzlement case for Vortex Sprayliners, Inc. of California. The bookkeeper for Vortex was convicted of theft and sentenced to six years in prison. One of the distributors for Vortex was involved in the theft of products. Martin and Sage Investigations was hired to prepare for trial and expert witness testimony. RESULT: Martin rendered his report and the Defendant reached a settlement in the case.

Ed Martin and Sage Investigations, LLC were hired to represent a doctor who created a medical device that was being tested. Investors contributed in excess of $30 Million to the venture. An individual alleged that the venture was a Ponzi Scheme and attempted to get the FBI, IRS and SEC involved an investigation, but was turned down. The individual went further and contacted the investors and ultimately created concern about what was done with the investor funds. A lawsuit was filed for the return of invested funds. Martin was asked to review the flow of investor funds and the books of the venture and to prepare a report that would follow the money and trace the funds to prove that the investor funds were not misused. RESULT: Martin reviewed volumes of records and rendered his report, and the lawsuit was dismissed and settled in favor of the doctor.

Ed Martin and Sage Investigations, LLC were hired to represent an entrepreneur and his company that was suspected of operating a Ponzi Scheme. The IRS Criminal Investigation and FBI executed search warrants on the office and home of the individual and began an investigation. Martin maintained contact with the FBI and IRS throughout the investigation, monitored the interviews being conducted. Martin himself also conducted strategic interviews and consulted with the entrepreneur. RESULT: The outcome was the creation of a new company by the entrepreneur joining forces with a manufacturing firm. The creation of a viable firm and the refusal of investors to consider their funds misapplied led both agencies to determine there was no violation of the law. The investigations were discontinued and the records were returned. The new firm is proceeding to the private placement.

UTILITY COOPERATIVE ALLOWED AN EMPLOYEE TO DEFRAUD THEM:

Ed Martin and Sage Investigations were contacted by the controller of the company because of suspicious activities of their bookkeeper.   The company started with only the four officers having access to American Express Credit cards. Over a period of years, the American Express cards increased to 12 cards. Further investigation revealed that the cards were all issued to the bookkeeper and the payments were by wire transfer from company funds and classified as expenditures of the senior partner. The investigation revealed the CFO of the firm was having an affair with the bookkeeper and ignoring her circumvention of company controls. Result: The employee was fired and the CFO agreed to separate from the firm and repay the loss caused by the bookkeeper.

A CFO and partner for a large small business hired a female employee in the accounting department shortly after the CFO became physically involved with the employee. Within six months, she was embezzling large sums of money from the company via credit card payments. The CFO allowed the employee to circumvent internal controls and the segregation of duties and he signed off on month ending documents that were supposed to account for the receipt and disbursement of funds of the company. Over the years, the female employee became demanding and controlling and the CFO did nothing to improve the situation. Ultimately, she got into a fight with an employee and was asked to resign, which she did. A closer review of the company records by the Controller revealed the female had a corporate credit card issued to her and had made over $200,000 in personal purchases for which the company paid. She was contacted and agreed to pay the money back and did. Two years later, Sage was hired to covertly investigate further and found that the female employee had a criminal record. It was determined that the CFO was still in a relationship with the female and was providing her with financial support. Sage found the CFO violated his fiduciary duties to the company and found that in the past the female employee paid personal credit cards with corporate funds in the amount of $1.4 Million. RESULT: The CFO was confronted regarding the continued relationship and confessed that he had given the female the money to repay the company the $200,000. He resigned and the repayment of the additional credit card payments was withheld from his partnership interest.

A large family owned company employed a Controller and an Information Technology person and together they embezzled $350,000. The Controller was on the verge of retirement, never took a vacation and ruled with an iron fist. They stole the money over a period of 4 years during which the son of the owner was enrolled in college and studying accounting and finance to gain the knowledge to take over the family business. The owner’s noticed their bank account did not have the balance they thought should be present. They placed the Controller on paid leave after an altercation in the office. Sage was hired to determine what happened to their money and learned that the controller prepared and signed the checks issued by the company and he reconciled the bank accounts and destroyed the third-party invoices as they were paid. Sage inspected the bank account for checks over $1,000 and compared them to the QuickBooks transactions journal. Sage found an anomaly that the controller wrote checks to himself and the IT person and changed the payee name on QuickBooks and the classification to indicate a draw by a family member. A number of years were analyzed to find the extent of the embezzlement. Sage learned that the controller built a second home in Colorado and the IT person built a home in Texas with the stolen proceeds. RESULT: They were terminated and the case was presented to the local district attorney.

A new Director of a state agency noticed that the facility responsible for the resale of state vehicles and surplus equipment was not generating the funds budgeted. Sage was hired and began by interviewing all the employees that worked at the state facility. It was determined that minor pilferage was taking place by the employees but the management and supervisors were involved in selling used vehicle to companies they had relationships with, which was to the determent of the state. Internal controls over the vehicles did not include record keeping to determine the book value of each vehicle. Sage analyzed the vehicle sales for three years and compared the sales price to Kelly Blue book and determined that in the most conservative situation the state had lost between $600,000 and $1 Million for the sale of the vehicles. RESULT: Sage rendered its report and the manager and supervisors were all replaced and the employees pilfering items were placed on leave without pay for a week.

A local credit union in Lock Haven, PA was managed by a former banker who had visions of growing the credit union. He violated The National Credit Union Administration (NCUA) policies and made loans on real estate that did not qualify, and loans to relatives and friends. When the economy turned down the individuals did not have the ability to make the payments, the manager began to manipulate the books to cover the payments. The NCUA auditors observed the improper loans and the lack of payments and employed Sage Investigations to review the situation and determine how the credit union was losing money. Sage’s review of the records revealed the less than arms-length relationship with borrowers, and found that the credit union manager didn’t perform due diligence and over paid for old ATM machines that had outdated technology. RESULT: The NCUA shut down the credit union and the attorneys for the NCUA pursued the manager for recovery of the losses.