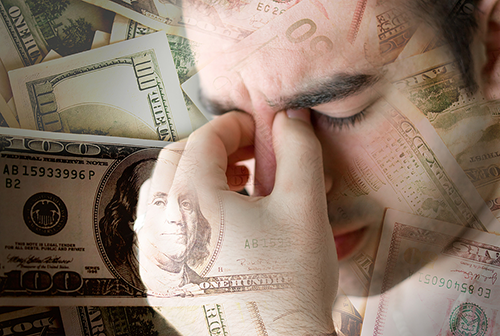 Ed Martin and Sage Investigations, LLC were hired to represent an individual that was dis-inherited by his mother in favor of his sister. Martin assisted the client by organizing his records, interviewing witnesses and creating a timeline. Martin introduced the individual to attorneys with whom Sage Investigations work. The attorneys reviewed the records and a timeline created by Sage and filed a suit to contest the Will. The information Martin compiled was used by the attorneys in mediation. RESULT: At the end of the mediation the client received his just portion of the estate including oil and gas properties in the Midland, TX area.

Ed Martin and Sage Investigations, LLC were hired to represent an entrepreneur and his company that was suspected of operating a Ponzi Scheme. The IRS Criminal Investigation and FBI executed search warrants on the office and home of the individual and began an investigation. Martin maintained contact with the FBI and IRS throughout the investigation, monitored the interviews being conducted. Martin himself also conducted strategic interviews and consulted with the entrepreneur. RESULT: The outcome was the creation of a new company by the entrepreneur joining forces with a manufacturing firm. The creation of a viable firm and the refusal of investors to consider their funds misapplied led both agencies to determine there was no violation of the law. The investigations were discontinued and the records were returned. The new firm is proceeding to the private placement.

TRUTH BEING EXPOSED CREATED A SETTLEMENT:

Ed Martin and Sage Investigations, LLC were hired to represent an individual in a divorce matter. The wife of the client was contesting the settlement and alleged he withheld assets from the settlement. Martin obtained the records, interviewed the client and prepared a tracing analysis for following the money of the client to its ultimate disposition. RESULT: A hearing was held and with the assistance of the judge the case settled before Martin could testify as to the tracing of the money.

The home and office of a husband and wife business owners were raided by IRS CI based on allegations made by a disgruntled employee. The employee alleged all sorts of wrong doing within the company. The search warrant netted hundreds of boxes of records. The investigating agent chose to conduct the investigation by use of the specific item instead of indirect methods – Net Worth, Bank Deposits or Expenditure. The investigation lasted 4 years. Sage was hired by the attorneys representing the individuals and reconstructed their income and reconciled their returns to their books and records. Sage accessed the records seized by the IRS and scanned the meaningful records and organized them for further review. RESULT: Sage rendered its findings to the attorneys and after two years of waiting by the taxpayer IRS declined to recommend prosecution.

A Spanish woman searched the Internet in defiance of her architect husband and found the Sage Investigation website. Her husband was considering an investment with a man who he had met a short time earlier and was in possession of an assignment of $10 million in US Treasury Bonds signed by David Green and last owned by W. Fourie. Green was the “Father of the David Green Bonds” scam which he started in 1991. W. Fourie participated in the scam and was prosecuted federally in Texas for defrauding individuals out of $5.4 million and received an 18 year sentence for fraud related to the bond scheme. The man soliciting the husband was allegedly using the bonds for collateral for a loan from the Bank of China. After exchanging emails with the Spanish woman, Sage prepared a report with a copy of the David Green Assignment document. She compared the signature on the bond assignment her husband had received with the Sage report and the signatures were exactly alike. RESULT: She translated the Sage report and gave it to her husband. He reviewed the contents and the bond assignment forms and realized he was being defrauded. He broke off all communications with the fraudster and didn’t lose any assets.

An investor in an oil and gas investment scheme determined that the investment opportunity was actually a Ponzi scheme, and was seeking a receivership to protect what was left of the assets of the company. The investor through civil action was able to obtain bank records that revealed that the investment funds were being spent on personal luxuries and not on oil and gas properties. Sage was retained to forensically examine the records and verified the conclusions of the victim. A court hearing was scheduled and Sage was prepared to testify about the nature of the Ponzi scheme and the flow of investor funds. The Securities and Exchange Commission stepped in and took over the case and filed a Cease and Desist Order closing the company. RESULT: The SEC appointed a receiver and the case is pending.