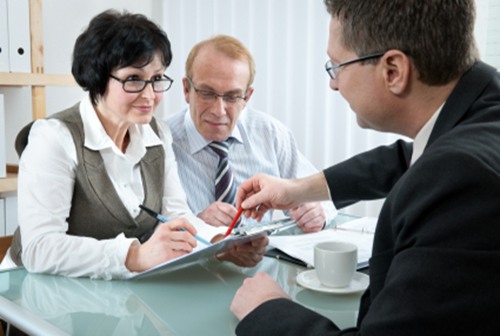 Ed Martin and Sage Investigations, LLC were hired to represent an individual that was dis-inherited by his mother in favor of his sister. Martin assisted the client by organizing his records, interviewing witnesses and creating a timeline. Martin introduced the individual to attorneys with whom Sage Investigations work. The attorneys reviewed the records and a timeline created by Sage and filed a suit to contest the Will. The information Martin compiled was used by the attorneys in mediation. RESULT: At the end of the mediation the client received his just portion of the estate including oil and gas properties in the Midland, TX area.

Protecting the Heirs from Caregiver:

An elderly woman has developed a close relationship with her caregiver. She has gone so far as to buy her a new car for transportation. The attorney asked the woman to set up a safe deposit box to place her jewelry in but the caregiver using undue influence had the woman keep the jewelry at the house. The heirs are concerned that the caregiver will steal jewelry and other valuables once the woman passes. Sage assisted the woman’s attorney with the establishment of a trust to allow a relative to control other assets of the woman. Sage also surveilled the activities of the caregiver to establish her pattern and upon death Sage will change the locks on the doors after the elderly woman passes so the caregiver cannot enter the home. Sage has Power of Attorney to do so.

An elderly woman had her life savings in annuities. Her daughter thought that the savings could be invested in oil or gas drilling activities or other high risk investments. The daughter began searching the internet and soon received an invitation for her and her mother to attend a supper with an investment promoter. The promoter was charming and professed his Christianity by quoting the Bible. He assured them that if they joined his investment group that they would make double digit returns on the money. The elderly woman surrendered her annuity and invested all the proceeds with the individual. With the quick signing of fraudulent documents the money was transferred. They talked up the investment and the woman’s son decided to invest his life savings with the same company. Soon after, the State Authorities raided the promoter’s office because of an earlier investment scheme that went bad. The elderly woman, daughter and son went to the individual to get their money back and were told they had to wait to get paid as the State had seized the contents of the bank account. The family hired a lawyer who hired Sage Investigations. Sage assisted the lawyer with a Deceptive Trade Practice law suit by interviewing the three family members, preparing affidavits, gathering documentary evidence, and drafting subpoenas. RESULT: The attorney filed a Deceptive Trade Practices law suit and Sage is awaiting access to bank records for analysis.