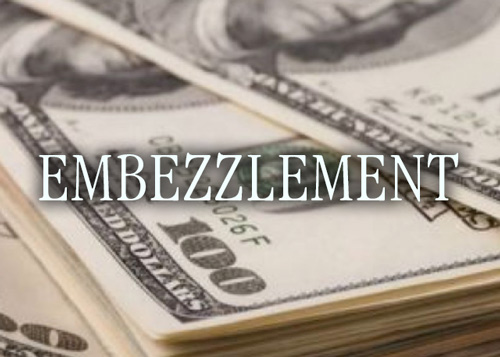 Experience has shown that embezzlers are opportunists that find weaknesses in systems and exploit them. The Association of Certified Fraud Examiners issued their 2018 Report to the Nation a Global Study[1]. The study shows that employees commit the largest percentage of the occupational fraud for a lower dollar amount but the owner/executive level commit a smaller percentage for an extremely large dollar amount. The study also shows that as tenure in an organization increases the likelihood of a larger dollar amount embezzled increases greatly and there is a tendency for collusion with others to occur. Occupational fraud by departments showed that the largest risk of loss was in Executive / upper management, followed by accounting, then sales & operations. The greater majority of the fraudsters were male and caused larger losses than females. The age of the fraudster rises as the age and amount of the fraud increased, with the largest loss in the 56 to older age bracket. Again, the educational level tends to increase the risk of loss, with a college degree being the largest category. The study shows 85% of occupational frauds have not been prosecuted and instead 46% of the fraudsters were allowed to resign, or enter into a confidential private settlement agreement.

With this general information, it is imperative the business owners pay attention to who they are hiring and what is happening in their lives as they work for the company. The following are the main red flags that should be observed:

Investigations conducted in the past revealed the following:

The above matters are deeply concerning, cost the company operating funds, and damage relationships. They must be approached properly with an attorney and a financial investigator. If you or your client wants to be proactive to avoid these and other types of fraud or if you or they suspect an embezzlement in process that requires an investigation, a forensic accountant, and the possibly the testimony of an Expert Witness, please contact Chief Investigator Edmond Martin of Sage Investigations, LLC at 512-659-3179, or email: edmartin@sageinvestigations.com. Let our 26 years as an IRS Special Agent and 16 years of Private Investigation benefit you and your clients. Please visit our website for our team and their CVs.