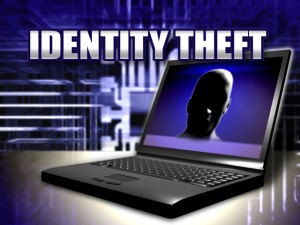 What is “Identity Theft?” Identity theft is when someone uses your personal information – such as your name, Social Security number or other personally identifying information – without your permission, to commit fraud or other crimes. Identity theft is a serious crime. People whose identities have been stolen can spend months or years, and a lot of their hard earned money, repairing the mess thieves have made of their good name and credit record. The financial fallout is broad. Victims may lose job opportunities; be refused loans, education, housing or transportation; and even be arrested for crimes they did not commit. (www.irs.gov)

If you believe someone may have used your SSN fraudulently, notify the IRS immediately by responding to the name and number printed on the notice or letter you received. You will need to fill out the Form 14039, Identity Theft Affidavit. Please write legibly and follow the directions on the back of the form that relate to your specific circumstances. For victims of identity theft who have previously been in contact with the IRS and have not achieved a resolution, contact the IRS Identity Protection Specialized Unit, toll-free, at 1-800-908-4490.

If your tax records are not currently affected by identity theft, but you believe you may be at risk (due to a lost/stolen purse or wallet, questionable credit card activity or credit report, etc.), contact the IRS Identity Protection Specialized Unit at 1-800-908-4490. You will need to provide a copy of a police report or you will need to submit a completed IRS Form 14039, Identity Theft Affidavit, (www.IRS.gov) following the instructions on the back of the form.

Identity theft can happen to anyone, including a former IRS Special Agent.

Case Scenario:Two years ago, someone obtained personally identifying information of a retired Special Agent.  It is unknown how the thief gained the information.

Early in 2013, the thief filed an income tax return for 2012. When the agent filed his extension and an estimated tax payment with the extension, he received a Notice: 5071C Letter from the IRS stating, “We received your federal income tax return; however, in order to process it, we need more information to verify your identity.” The letter cited two options for verifying his identity with the IRS by providing: his full name, date of birth, contact information, Social Security Number or Taxpayer Identification Number, estimated tax payments, a copy of the prior year tax return and his most recently filed return, which had not actually been filed.

Through several phone calls with IRS the retired agent assured himself that there would not be a refund generated to the thief. The agent filed his income tax return in October 2013, and included a Form 14039, Identity Theft Affidavit and the required information. He received his refund in January 2014.

Again in 2013, the retired agent filed his estimated tax payments and extension of time to file in April 2014. He was notified in a July 2014 letter from Intuit (TurboTax) that he had an outstanding bill for services render for the preparation of his 2013 return. Apparently, the thief had his (fraudulent) return prepared by Intuit and was awaiting confirmation of a refund and Intuit payment of their fees. The agent explained the situation, and Intuit flagged the retired agent’s name and information in their system to avoid problems in the future. IRS later followed up and sent him another letter asking again for verification of his 2013 return, which he provided in writing with the Identity Theft Affidavit. In October 2014, he filed his return. In December 2014, the retired agent received a personally identifying PIN to be included with his future returns.