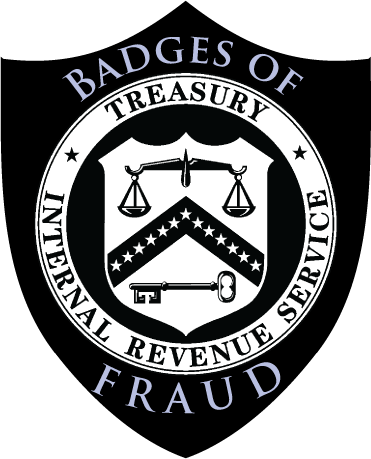 IRS employees are trained to look for “badges of fraud” IRM 25:1.2.3 (04-24-2014) while carrying out their functions as revenue or collection agents. These badges include, but are not limited to, the following items:

With badges of fraud, a pattern over a number of years and indications of a substantial tax liability, the examination may be referred to Criminal Investigation (CI) without the taxpayer’s knowledge. How, then, can a taxpayer determine if their examination has been referred? A clear sign is the suspension of audit activities without explanation. If the revenue agent will not disclose the reason for the suspension, to the taxpayer or his representative, IRM 25.1.3.2(1), this is a “red flag.” The representative should ask the agent directly if the case has been referred to CI. The agent is not allowed to lie and may decline to answer the questions about the criminal potential. If the taxpayer has not retained legal tax counsel he/she should do so immediately, and counsel should retain an experienced forensic accountant to assist in the defense of the case.

A traveling sales person working on commission received notice of an audit. The taxpayer personally prepared his tax returns on tax software, established a Schedule C business and did not make estimated tax payments. The taxpayer slowly disclosed information as requested by the revenue agent. The revenue agent interviewed the CPA that assisted the taxpayer, and the CPA complained about the lack of cooperation by the taxpayer. The agent contacted the taxpayer’s employer and requested records and the employment contract. The agent found that the taxpayer was reimbursed for his travel expenses and received the reimbursement through an undisclosed bank account. The agent determined that these activities transpired over a number of years.

In the response to requests for information, the taxpayer produced a document that was altered in an attempt to justify the Schedule C business expenses. With the “badges of fraud” in mind, a pattern of years and a substantial tax liability, the agent decided to refer the case to CI. The revenue agent became unresponsive and appeared to dodge contact with the taxpayer and his representative. A month later, a Special Agent arrived at the taxpayer’s door. The taxpayer had not obtained counsel and spoke to the Special Agent after being read his rights. The taxpayer proceeded to lie about records, expenses, and his inability to pay his tax liability. The taxpayer then decided to retain counsel, and after an administrative investigation, a recommendation for prosecution was made and accepted by the Department of Justice Tax Division. A letter was received setting up a meeting with the Special Agent and an Assistant US Attorney. Discovery was granted, and after a review of the Special Agent’s report by an experienced forensic accountant, a plea agreement was entered into and an information was issued. The taxpayer was processed by the US Marshalls and met with the Probation Officer. The rest is history for the taxpayer.