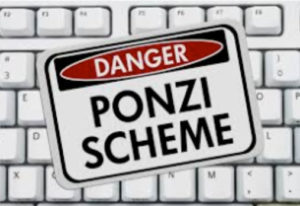 With a downturn in the economy, there will appear cracks in the exuberance of businesses. Forensic accountants with fraud investigative backgrounds will be in demand. They will be beneficial to investors and companies throughout the country to determine what happened to the missing money. Ponzi schemes like that of Bernie L. Madoff Investment Securities LLC (BLMIS) and Russell Erxleben of Austin Forex International Inc. (AFI) will be disclosed. Businesses of all kinds will reveal financial fraudulent activity and internal theft.

The common characteristics of a Ponzi Scheme:

A successful Ponzi scheme as those perpetrated by Madoff and Erxleben required the use of a fraudulent means to entice investors. The client account statement was the key that made them successful. The use of fictitious trades on bogus transactions that reflected fraudulent client account statements made their investors feel secure in their investments. Madoff had a legitimate investment business run by his sons on the 19th floor of the Lipstick Building in Manhattan and had an office on the 17th floor in which the fraudulent client statements were generated. Erxleben’s operation was on the 19th Floor of the building at 100 Congress Avenue in Austin, Texas, overlooking the Texas State Capitol, and he set up a broker-dealer operation. Fraudulent client statements from transactions determined by Erxleben were created by trusted employees.

The creation of false client statements by insiders:

Major events created the opportunity for the schemes. Madoff admitted his fraud began in the early 1990s at the time the country was in a recession. He also employed his “split-strike conversion strategy,” which he conceived along with hedging investments by buying and selling options. Russell Erxleben, on the other hand, began his fraud in the mid-1990’s after learning about Forex trading in smaller Ponzi schemes in Texas. He also had the “Texas advantage” when two events converged including; IRAs controlled by banking and brokerage rules were allowed to be self-directed through trust companies with administrative flexibility to hold alternative assets; and when Texas voters passed a constitutional amendment enabling closed-end home loans which unlocked home equity for investment.

The investor greed fueled both frauds:

Money flowed in based upon the alleged earnings shown on their fraudulent client account statements. Madoff received investor funds and placed them in his account at the Bank of New York in Manhattan. Erxleben received investor funds and put them in four Austin banks that allowed him instant access to the money, which allowed him to kite hundreds of thousands of funds between the bank accounts.

All involved in the frauds thought they improved their lifestyles. Madoff used the funds he banked in Manhattan to pay investors, sales commissions and to create his lifestyle in Montauk, New York, Palm Beach Florida, and other locations. Erxleben gambled on the Forex market with his Russian enablers, paid investors, and created his lifestyle in Lakeway, Texas. Overall the investors used the funds they received to enhance their assets and lifestyle and did not know they were receiving Ponzi payments from “other people’s money.” Like in all Ponzi schemes, investors entering at the end of the scheme lost money, and some investors were required to return preferential payments to the court-appointed receivers.

Both frauds were under scrutiny from outside their entities. Harry Markpolos, CFP, CFE, while working for a Madoff competitor, realized that something Madoff was doing was not correct. His study of Madoff’s operation revealed the investment strategy was inaccurate and could be fraudulent. The purchase of an option to hedge investments required the purchase of more options on the Chicago Board Options Exchange than actually existed. He reported his findings to the Securities and Exchange Commission (SEC), but his evidence was ignored. The watchdogs at the Texas State Securities Board received complaints from investors about AFI, and they learned that AFI was offering an unregistered security (investment contract). They began an investigation, had a receiver appointed, and shortly after brought in an IRS Criminal Investigator and the FBI. Later an expert in foreign currency testified in a Travis County Court that AFI was trading in more foreign currency than most small countries and that Erxleben was gambling by holding trades overnight that cost AFI extra money.

These fraudulent businesses were not initially visible to the general public nor the regulators, including the SEC or the State Security agencies. The public must do their own due diligence and be aware that “if the return on an investment seems to be too good to be true, it generally is,” whether the investment is Texas land, gold, forex, or other assets or technology. They should trade with competent registered investment advisors that can help them assess the risk involved in investments and head them in the right direction.

Warning Signs That Should Prompt Further Investigation by an Attorney or Forensic Investigator:

If your law firm has a client who thinks they have invested in a Ponzi scheme by mistake or through over-exuberance or if their company is being embezzled, contact Sage Investigations, LLC, for investigative expertise as a consulting expert or a testifying expert witness. Please contact Chief Investigator Edmond Martin at 512-659-3179 for a free 20-minute consult, email: edmartin@sageinvestigations.com, or visit our new website at www.Sageinvestigations.Com and review our team and their CV’s.