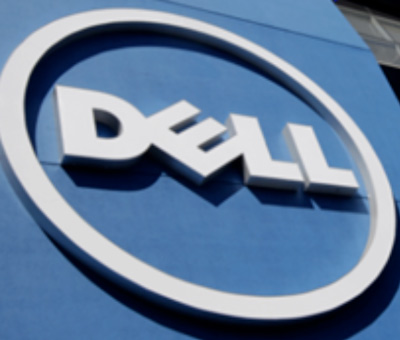 Large corporations can be victims of unscrupulous employees that identify internal system weaknesses.

On April 1, 2015, an expert witness report was rendered by Sage Investigations, LLC of Austin, Texas in the civil matter, Cause No. 13-0107-C368 –Dell Inc., Dell USA, L.P. and Dell Products, L.P. vs. Kelly B. Nunn, Randall D. Taylor, and Bryan D. Wallace in Williamson County, Texas.The matter involved avendor fraud conspiracy committed by a Dell employee and his two friends who ran companies that provided computer-aided design (CAD) contract services for Dell. The investigation took months of coordinating with law firms, reviewing and analyzing corporate records, the operations, and the deposition testimony for the period 2009 through 2012.  The investigation focused on the payment of fees by Dell through its vendor payment system.

The results of the expert witness report required nine hours of deposition regarding the findings and conclusions.  Further discussion was had between the attorneys on both sides and two of the defendants settled with Dell.  The third defendant, Kelly Burton Nunn, the former Dell employee, prepared for trial.  In January 2017, after expert testimony in the District Court of Williamson County, Texas, the court ruled and awarded Dell a $10,000,000 judgment against Nunn and over a million in attorneys’ fees.  In the audience of the courtroom was an Assistant US Attorney who had an interest in the case from a criminal prospective.

On October 12, 2017, a criminal felony information was filed in the Western District of Texas, A17-CR-337-SS, on counts of Conspiracy to Commit Wire Fraud (18 U.S.C § 371) by Kelly Burton Nunn and Bryan Dale Wallace, and of Making and Subscribing a False Tax Return (26 U.S.C. § 7206(1)) by Kelly Burton Nunn.  In general, a felony information is filed in a criminal case because the defendant has a plea agreement with the US Attorney’s office.

The felony information read as follows:

“The object and purpose of the Scheme was for the Defendants to enrich themselves unjustly by falsely and fraudulently charging Nunn’s employer, Dell, Inc. (“Dell”) for services that Dell did not receive, or by charging Dell excessive amounts for services that Dell did receive. Nunn, ostensibly acting in his capacity as a Dell employee, caused Dell to pay Wallace money to which Wallace was not entitled. Wallace kept some of the money for his own use and benefit, and he paid some of the money to Nunn, in accordance with their agreement.”

Sage Investigations, LLC is a leader in forensic accounting and financial investigations and has propriety technology that can be of benefit to corporations facing vendor frauds, embezzlement, and theft.  With over 50+ years of experience following money, Sage uses proprietary technology (DIO) to help develop the full picture of the financial aspects of the fraud.  Sage strives to help its clients structure a better future for their companies.  Learn more about assisting your corporation or your clients by contacting retired Internal Revenue Service Special Agent Edmond J. Martin, Chief Investigator at Sage Investigations, LLC.  Email edmartin@sageinvestigations.comwebsite: www.sageinvestigations.comor call 512-659-3179.