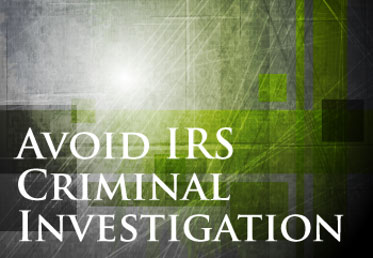 IRM 9.5.9.4.1 states, “The type of evasion that allows for the specific item method include: omitted income, fictitious deductions, false exemptions, or false tax credits.  There are two approaches to specific items, the basic and aggregate approach and depending upon the facts and circumstances the Special Agent will choose the approach.”

A taxpayer had been audited by Small Business / Small Employed (SB/SE) in the past. A subsequent audit revealed badges of fraud, which caused SB/SE to become suspicious and refer the taxpayer for investigation by IRS Criminal Investigation (IRS CI). The taxpayer hired a criminal defense attorney and Sage Investigation. The Special Agent chose to use the basic approach to the specific item method of proving income. The case revealed the taxpayer overstated business expenses on a Schedule C for multiple years before the audit and before the referral. The Special Agent investigated by contacting the employer of the taxpayer and other witnesses and negated the claimed Schedule C business expenses. The investigation resulted in confirming substantial unreported income over multiple years, and elements of willfulness were found.

It is in a taxpayer’s best interest to involve a tax attorney early in audits that may expose them to criminal prosecution and avoid a referral to IRS CI. It is better for the taxpayer to resolve problems on the civil level with SB/SE and pay taxes, interest, and penalties than to attempt to work it out with the IRS CI and the United States Attorney’s office where they risk prison time, a fine, and the payment of taxes, interest, and penalties.

When a tax liability is due from prior audit years, and the criminal investigation reveals similar conduct, then the findings impact the Base Offense Level of the Federal Sentencing Guidelines. The guidelines allow the inclusion of the prior year’s tax liability as part of “relevant conduct,” which will raise the Offense Level Computation. The effect on the taxpayer can be additional prison time and larger fines.

If you or a client of yours needs help in a Tax case, please contact Edmond J. Martin, Chief Investigator at Sage Investigations, LLC, at edmartininvestigations.com or call 512-659-3179 for a consultation. Click to read about our team and their CVs.